Nightmare Air announce free LA residency in August at the Satellite, presented by KROQ Locals Only.

Leading the sonic charge in the alt rock scene in LA, locals Nightmare Air will debut songs from their upcoming sophomore studio album in a series of free weekly residency shows at the Satellite in Silverlake in August.

Nightmare Air’s debut album “High in the Lasers” took the band across the globe multiple times sharing stages with The Kills, The Cult, The Buzzocks, Airbourne Toxic Event and many more.

The upcoming residency will happen every Monday in the hot summer nights of August.

Each week the band will be stirring the pot in the LA arts scene. In addition to sharing the stage with a variety of other must-see local bands, local artists will be showcased in the upstairs bar, and there will be short film screenings from local film makers. To add to this motley posse local rock and roll fitness queen Tomahawk Training will be literally stretching the audience out at the start of the night each week. Pabst Blue Ribbon will be offering drink specials on select nights too! Hot summer nights, cold drinks, lunar eclipses, and other on-site give-aways make this a collection on shows not to be missed…and all at the right price FREE!

See this live video below the band filmed at the Satellite and get ready for some HOT SUMMER NIGHTS! 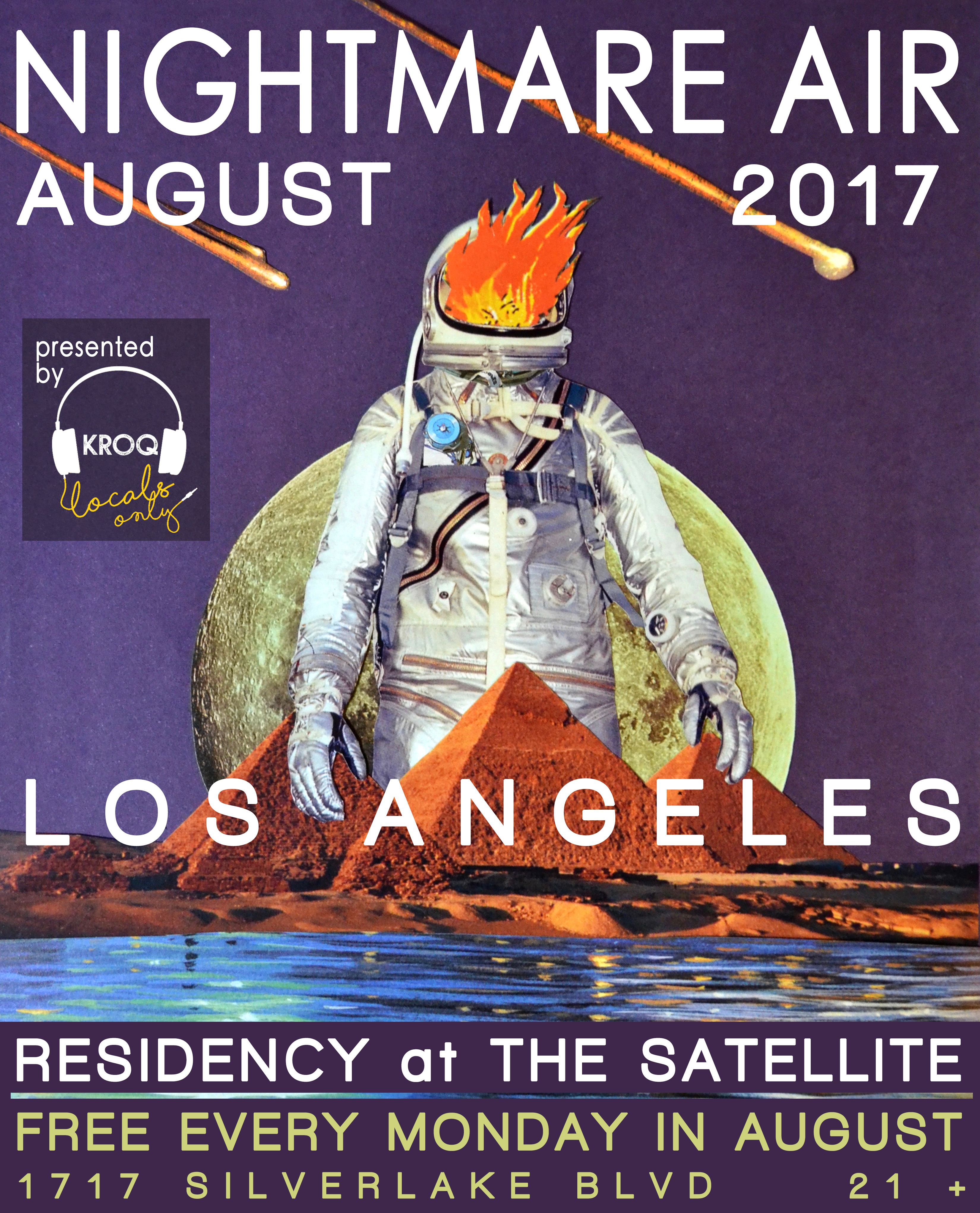